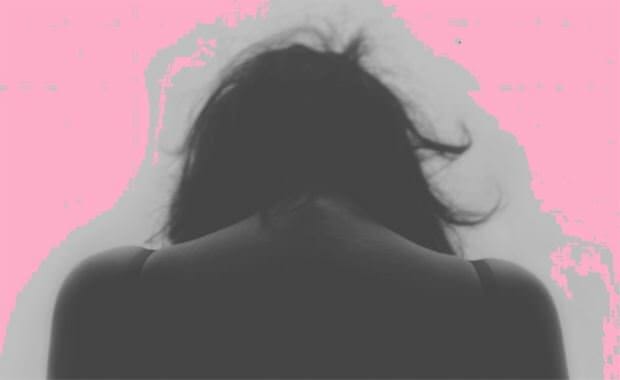 Perhaps you have always had the “perfect” menstrual cycle….hovering around 28 days every month, no PMS, a 2-7 day bleed with no pain and not heavy. (If you have, you are one of the lucky few or you have a good naturopath to help you sort out your hormones).

Or maybe, you have always had issues that you have put up with or dealt with the best that you can.

Regardless, of what your menstrual history has been like, you will inevitably eventually transition to menopause. (Menopause is defined as having happened if your last menstrual period was more than 12 months ago).

Today, I want to talk about that transition time which can commence anywhere from 2 to 10 years before your last period (so most often this transition starts in your forties). This is the time known as perimenopause and it can give a lot of women grief as they experience changes to their menstrual cycle.

What is happening during the perimenopausal phase of your life?

A lack of ovulation leads to changes in your hormone levels. Follicle-stimulating hormone and oestrogen increase (in the body’s attempt to encourage ovulation). However, without ovulation, your body won’t produce progesterone and so you end up with a level of oestrogen which is higher than normal and not balanced by a corresponding amount of progesterone (this is known as “unopposed oestrogen”).

This is often further exacerbated by a slowdown in the body’s ability to clear oestrogen out of your system (through the liver detoxification pathway responsible for removing oestrogen). It is generally the effects of too much oestrogen and not enough progesterone which causes the symptoms of peri-menopause.

Not only that, but oestrogen can ride the hormone roller-coaster going from low to high and back to low again.

What are the signs or symptoms of perimenopause?

The implications of these hormonal fluctuations can include:

Some or all of these symptoms might appear at different times as menopause approaches.

If it isn’t perimenopause, what is it?

Of course, it is important to consider other possible causes of these symptoms (particularly heavy bleeding) and not just assume you are perimenopausal. For example, fibroids are very common amongst women in their forties but they may or may not cause heavy bleeding. However, it is important to rule them out via an ultrasound. Similarly, a blood clotting disorder, which until now has not been apparent, may be the cause of the problem and can be ruled out with a simple blood test.

Other issues which can mimic perimenopause include an underactive thyroid (hypothyroid). Hypothyroidism can also affect liver detoxification so further compounding the hormonal picture.

Even something as common as low iron status can cause heavy periods. (Heavy periods can lead to low iron and paradoxically, low iron can make periods heavier so it becomes a vicious cycle).

Don’t just assume changes to your cycle are due to perimenopause.

What can you do to reduce the symptoms of perimenopause?

Naturopathy can do a lot to help you get off the perimenopause roller-coaster (or at least smooth the peaks and troughs).

Depending on how close you are to menopause, it may be possible to re-establish ovulation (ovulation is the key to healthy hormones) and therefore promote your own production of progesterone. There are herbs and nutrients which can help with this.

To manage oestrogen fluctuations and improve oestrogen clearance it is useful to start by:

Beyond that, we look at specific naturopathic treatments tailored to your needs. This might include dietary and supplemental treatment to improve liver detoxification and the health of your gut. We also look at other hormonal influences such as thyroid hormones and stress hormones.

The goal of these dietary recommendations, combined with nutritional and herbal supplements where indicated, is to help you to sail gracefully into menopause.

You don’t have to “put up with it”. If would like to get your hormones back on an even keel and prepare your body for the next chapter of your life make an appointment to see me.

*the general guideline for blood loss during a period is up to 80mls (the equivalent of 16 filled tampons) however for some women who experiencing flooding or heavy periods the loss of blood can be as much as 500mls in one period. The effect this has on your wellbeing (not to mention the inconvenience this causes) is significant.